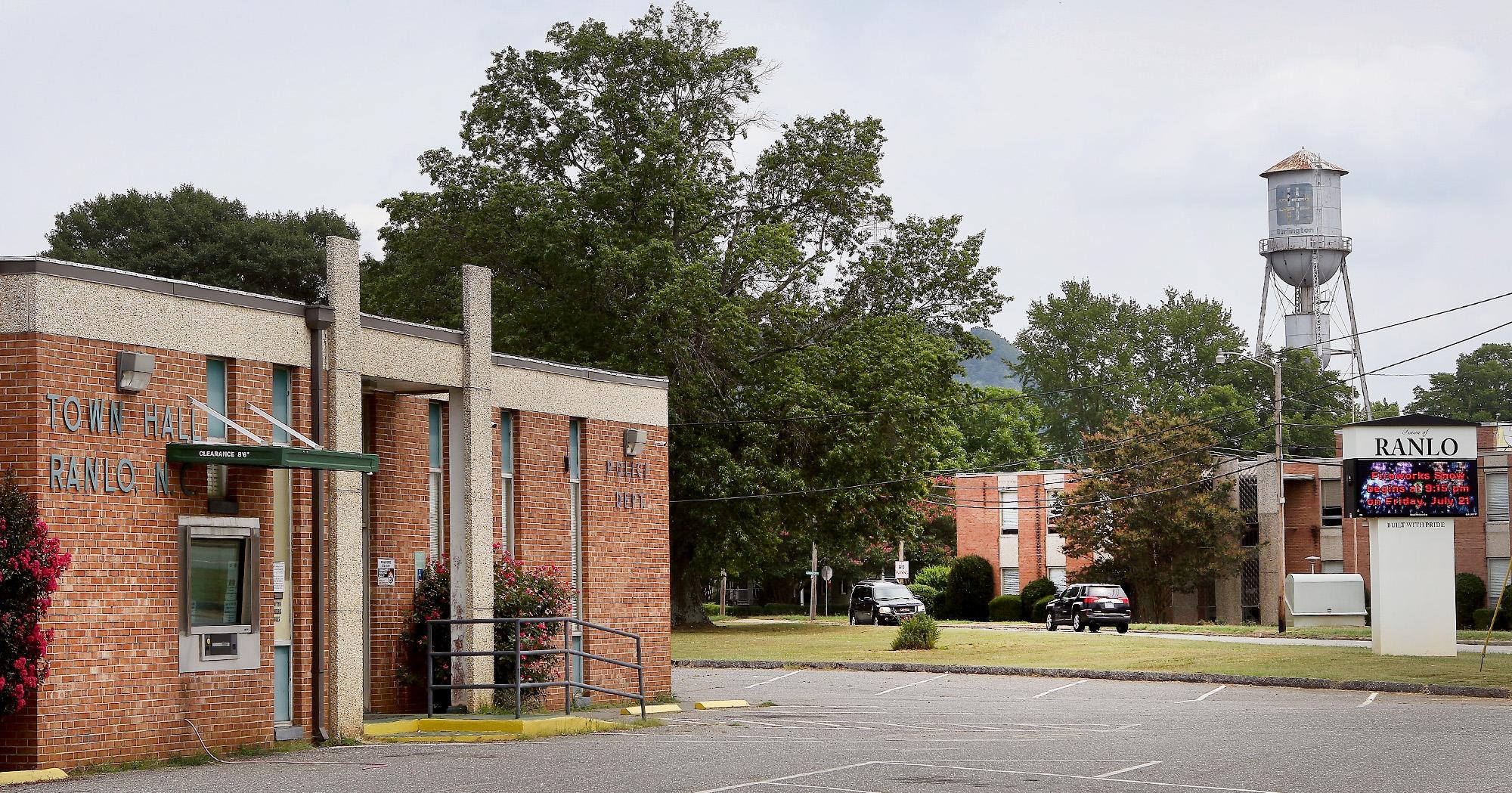 On July 29, 1963, the Town of Ranlo was incorporated. The name “Ranlo” was combined from the names of two prominent industrialists, John Calvin Rankin and William Thomas Love. The community was originally known for its textile mills.

Amos Flowers was the first Mayor and Bill Tate, Mayor ProTem. J.G. England, J.M. Bradley, W.G. Craig, Treasurer, and O.G. Paysour were the first Commissioners. Ralph Phillips was retained as Town Attorney and also served as Secretary for the Town. These men served for the first year or so without pay due to there being no money since there was no tax rate set and no money collected. Amos Flowers served as Mayor for five consecutive two-year terms. The first Board Meeting was held on August 20, 1963. Following are some of the accomplishments that took place during Mr. Flowers’ service. In March, 1964, the Town accepted 4.83 miles of roads from the NC Department of Transportation; June, 1964, the building located at 2766 E. Ozark Avenue became the Town Hall and was rented from Hoyle Efird for $25 per month; July, 1964, Duke Power Company installed street lights; July, 1968, Ranlo formed its own sanitation crew; July, 1969, construction began on the municipal building; April, 1970, the Ranlo Volunteer Fire Department was formed; and in 1971, the new municipal building was completed.

Bill Tate was elected Mayor in 1973. He served as a Commissioner on the Town Board for eight years prior to this election. During Mr. Tate’s service recreation became a project. The construction of a softball / baseball field, as well as a basketball court and a tennis court were established in 1974. Ranlo takes pride in the fact that in 1975 the tax rate was 35 cents and has been raised only two cents to 37 cents, which remains the current tax rate. Ranlo built its first mini park in 1976 on Park Drive which included swings, a sliding board, a climber, and a picnic area.  A second park, located on Redland Drive, was completed in 1984. The first walking / jogging track was constructed in 1979 and located on Spencer Mountain Road, and another was constructed on Park Drive in 1982. The house on Park Drive by the park was converted into the Ranlo Community Building in 1981. The Rex Lodge was presented to the Town of Ranlo in 1983 by Ti-Caro, and there were many improvements made to the building. The Grassy Meadows subdivision was approved by the town council in 1989.

Joe Lawing was elected Mayor in 1989 and served in this office for three terms. During his service, the Town’s population increased to 2,114 after the July 1, 1993 annexation. The population as of 2011 was reported as 3,450 and continues to grow with the additions of the Mountain View and Spencer Heights subdivisions.

Joan L. Harbin was elected Mayor in 1995. She served as commissioner for two years prior to this election.

Don Clemmer was elected Mayor in 2005 and served this position for two terms.

Ranlo is a small town with a strong sense of community and a promising future. From humble beginnings, Ranlo has grown, prospered, and continues to progress. The staff is dedicated to serving the community with pride and dignity and will strive to maintain the high quality of life that is afforded to the Town residents.